I'm not going to do a big blow-by-blow account of the launch but it was very nice; there was a lot of champagne and the canapes were very tasty too! We arrived a bit later than planned because we got stuck in the shuttle tunnel (the light's kept going off, it was very nerve wracking!) but we got there in the end. I'm going to just let my photos do the talking (some of them are a bit blurry sorry).. 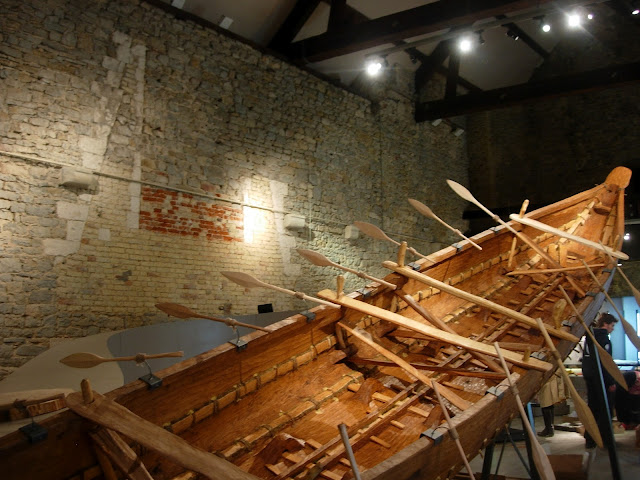 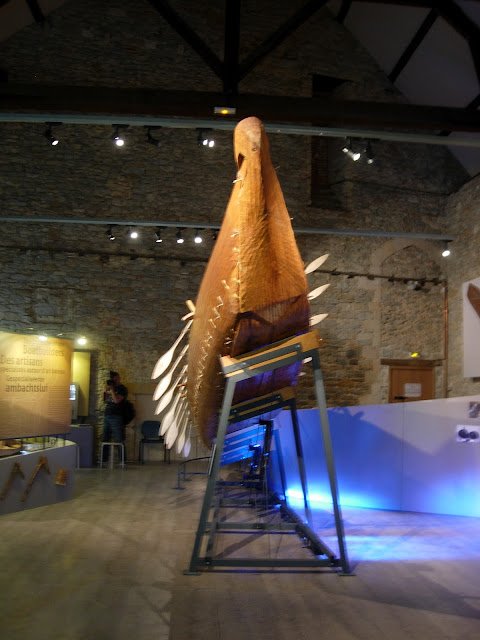 The boat is suspended on a frame and is tilted to look like it's on the sea, meaning you can see inside the boat at all the packing moss and the stitches etc. The boat is a half scale replica, as are the paddles, which is why they look very small but in actual fact remind you that this boat was much bigger.

You can see from some of the pictures that the exhibition space is in what would have been the Great Hall of the castle. You may be able to spot blocked up doorways and fireplaces as well as the Minstrels Gallery.

The exhibition also includes some fab Bronze Age finds from France, Belgium and Britain like these torcs from a hoard found in Kent... 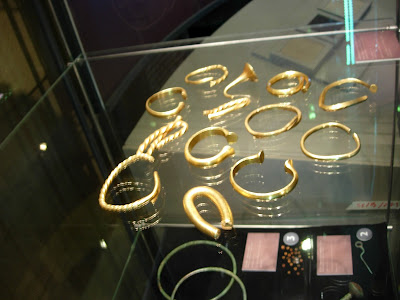 ...but I won't give too much away. The whole exhibition will move from Boulogne to Belguim at the end of this year and then be back in the UK at Dover from the middle of next year so please try and see it!