The End of A Town Unearthed

With the final exhibition deconstructed earlier this week we are preparing to say goodbye to the A Town Unearthed Project. As already mentioned it has been running for three years and has been a resounding success! I feel privileged to have been a part of the team and only hope I can take what I have learnt from this project into other community projects in the future.

Anyway, as promised here are some of the fantastic pieces of work the pupils have produced as a part of our excavations at their school. Just to remind you we did some test pits in their school grounds as part of the A Town Unearthed Project. We worked predominantly with the Year 3's as they were looking at Romans in class but in our excavations we only found Victorian material. (This is why there is a little confusion in their description of the finds!). I'll start with some photos of the dig and of the children looking at their finds afterwards. 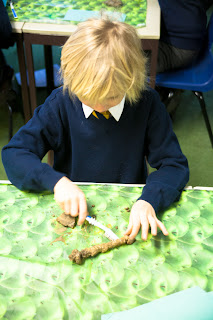 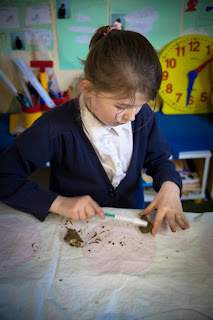 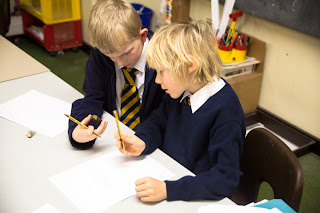 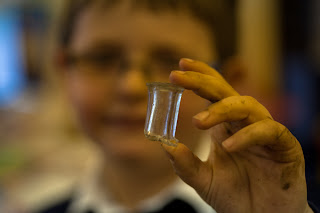 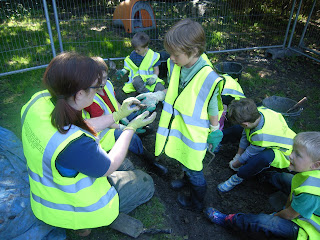 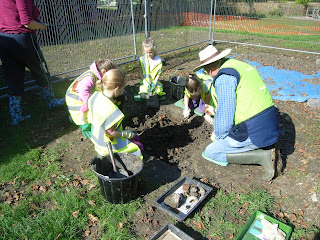 These are drawings of the finds we had excavated. The Year 3 class spent some time washing them all up and measuring them before writing a description of the find and what they thought it was. The first drawing is of a piece of china dinner plate and the second is of an oyster shell. 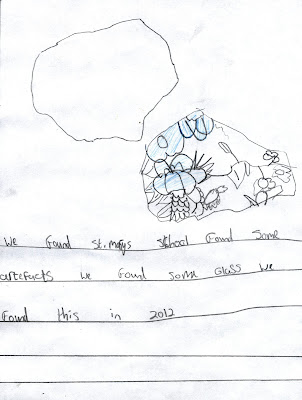 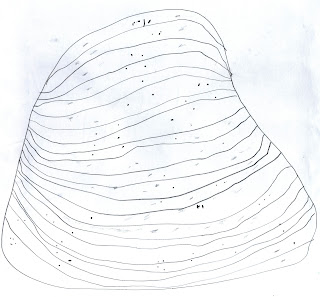 These two are a couple of the many Roman pots designed by the Year 3's. You may notice that these have 'CLBR' written on them, from the Roman naval fleet Classis Britannica. A number of stamped tiles had been found on the Villa excavation in the summers before so I'm glad they learned something!   ﻿ 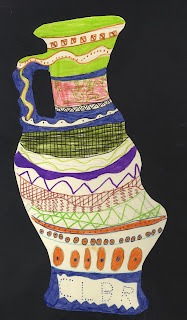 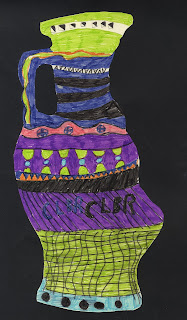 Here are some more finds drawings and some drawings of Romans, which they had done during the summer holidays in preparation for the topic coming up in class. I have written the text out below the pictures in case you struggle with the hand writing. 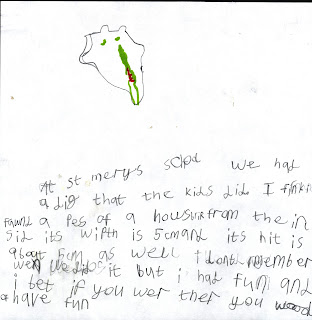 "At St Mary's school we had a dig that the kids did. I think I found a piece of a house brick. From the inside it is 5cm and its height is about 5cm as well. I don't remember when we did it but I had fun and I bet if you were there you would of had fun."
﻿ 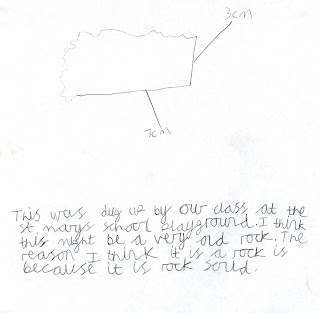 "This was dug up by our class at the St Marys School playground. I think this might be a very old rock. The reason I think it is a rock is because it is rock solid.﻿ 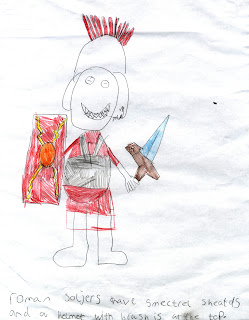 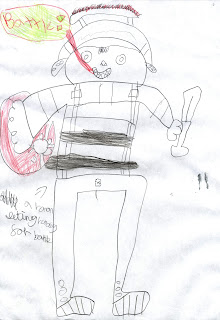 "A Roman getting ready for battle"
The below are the reverse sides of an 'Archaeologist Job Application' the school had devised to get the children thinking about what they would like to learn about the Roman period. (I haven't included the fronts because they were asked to attach a photo and some details about themselves and I don't want to get in trouble with the school!) 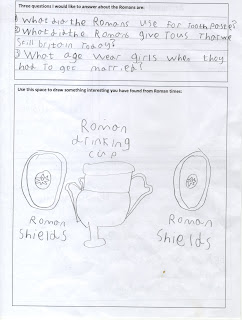 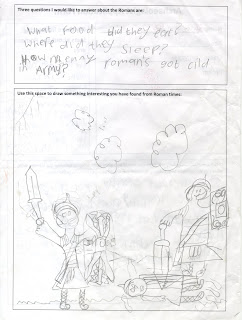 ﻿
The questions on all of them are roughly the same and centre around daily life (what did the eat, where did they sleep, what did they wear, did they have pets, how old were they when they got married, what games did they play), or the military (how many got killed, were women allowed in the army, why did they come over) or gladiators (how big were the gladiators, how much did they eat).

So I'll leave you with a few quotes from the pupils. I asked for them as part of my exhibition and their teacher typed as they spoke:

"I really enjoyed it because I got to find interesting things. The archaeologists were great to work with because they were king and interesting!"

"It was fun getting changed into our dig clothes, it was quite exciting! A couple of days later we got to clean the artefacts which was good because we got to write about what we thought they were!"

"The dig. Some kids one day went on a archaeology dig with a lady called Annie, it was called a Roman archaeology dig. We found lots of Victorian stuff and we found a lot of glass, it was bad weather, raining hard. We were ok though because we had spare clothes. A few weeks later we looked at what we had found and we washed them and sorted them and we labeled them so we knew what parts of it were. We went once a week so everyone could have a dig there was a big hole and a little hole. I loved the dig I went a few times I would like to be an archaeologist person because it sounds fun to do, Annie was nice and so were the other people I hope we do it again because it was fun even though it was raining. I was cold but I was ok the thing that we washed the stuff with is a toothbrush, I found some bricks and glass. We done the dig to help us with our Roman project it was lots of fun thanks to Annie and her friends from the dig company thank you Annie and friends I loved the dig so much I went home and told everyone about it. "
Posted by Unknown at 2:53 PM