The Opening of the Final Exhibition

The A Town Unearthed project is nearing it's end and from the 8th-24th February 'Footprints from the Past' the final exhibition is being held at the Folkestone Library. I thought it would be great if the pupils at St Mary's could have the opportunity to show their work and, in their own words, explain to the rest of the world what they had found so I was allocated some space and off I went! I had a hand from Jack Coulston, who has been helping with all the A Town Unearthed exhibitions, and we spent a frantic couple of days putting it all together.

The Year 3's had worked hard in class and had produced some brilliant pieces of work so selecting which to display was very difficult. I didn't have time before the exhibition to scan the work in to share with you all, but I shall do so next week when it all comes down so keep posted!

The big opening was last Friday and I invited 4 pupils from Year 3 to come and represent their school. I was lucky enough to have a full compliment of siblings too, all of which go to the school and most of them had come out digging, so we were all set to tell everyone about it. We started with getting everyone in and ready, then we were fortunate enough to be given a talk by an Anglo-Saxon and a Roman. 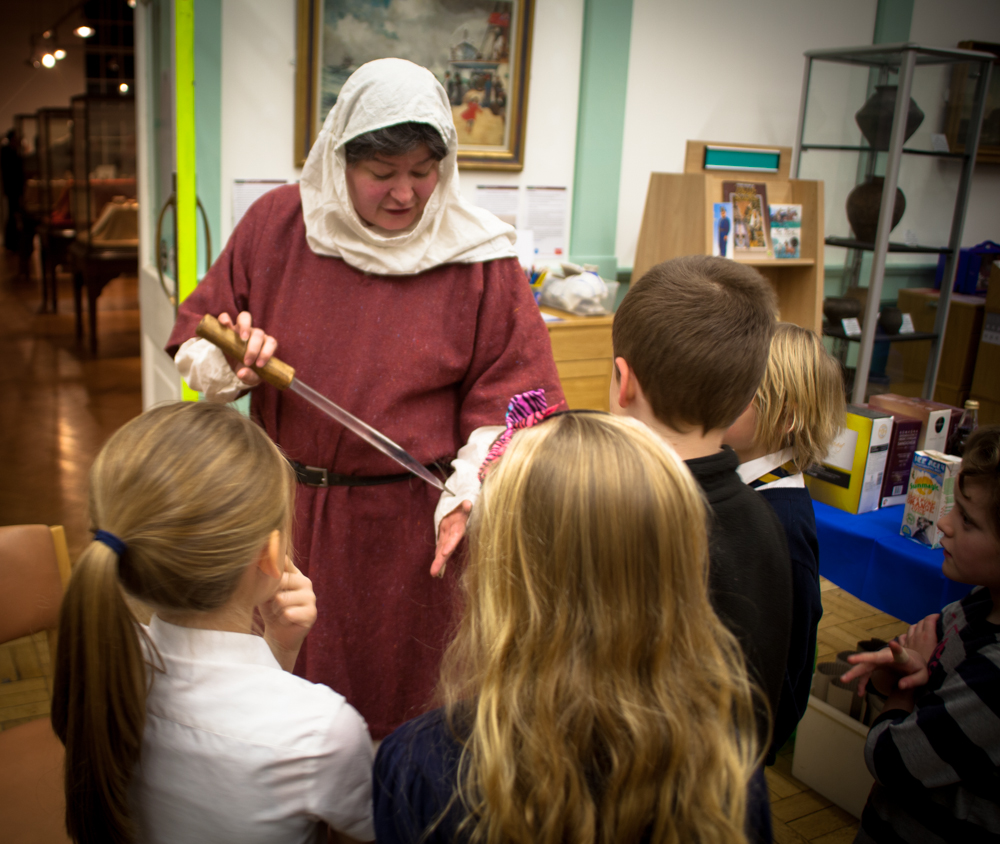 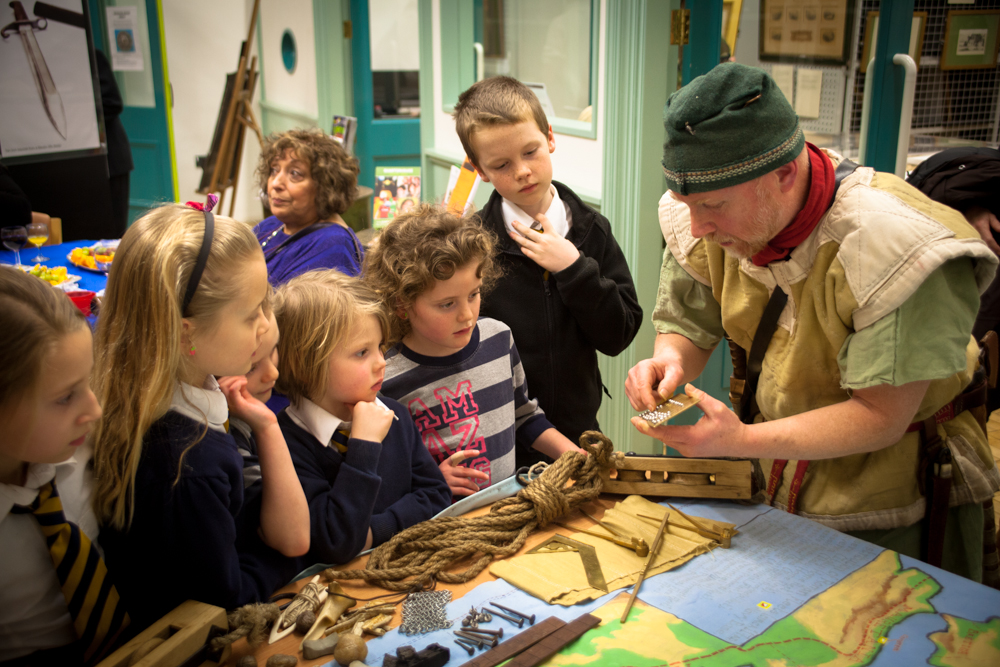 ...and then we were ready for the big opening, including a ribbon cutting by a local dignitary. 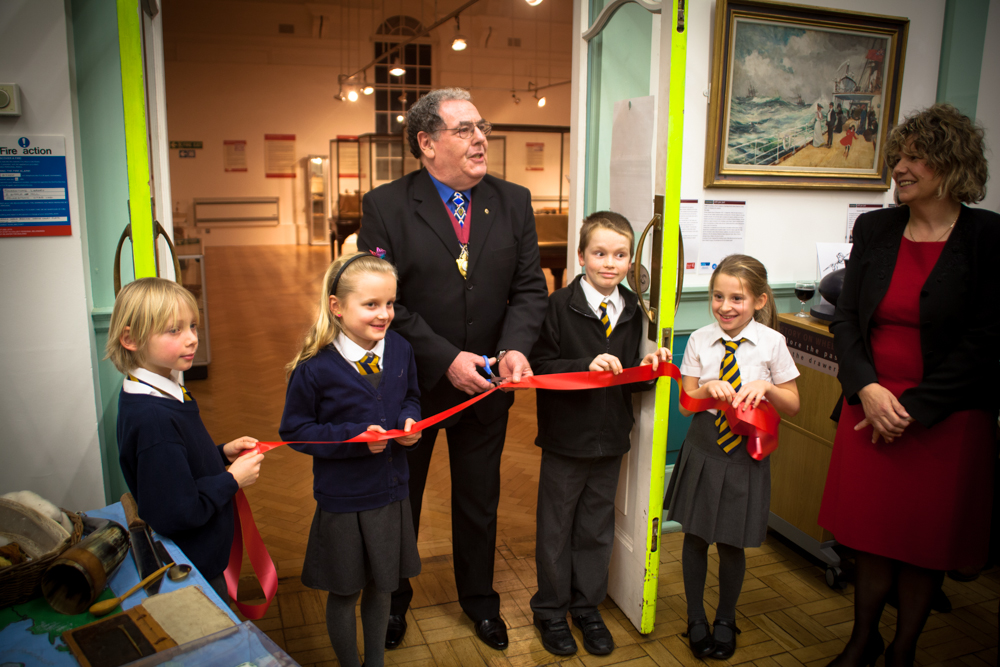 ...and then we had a look around the gallery. 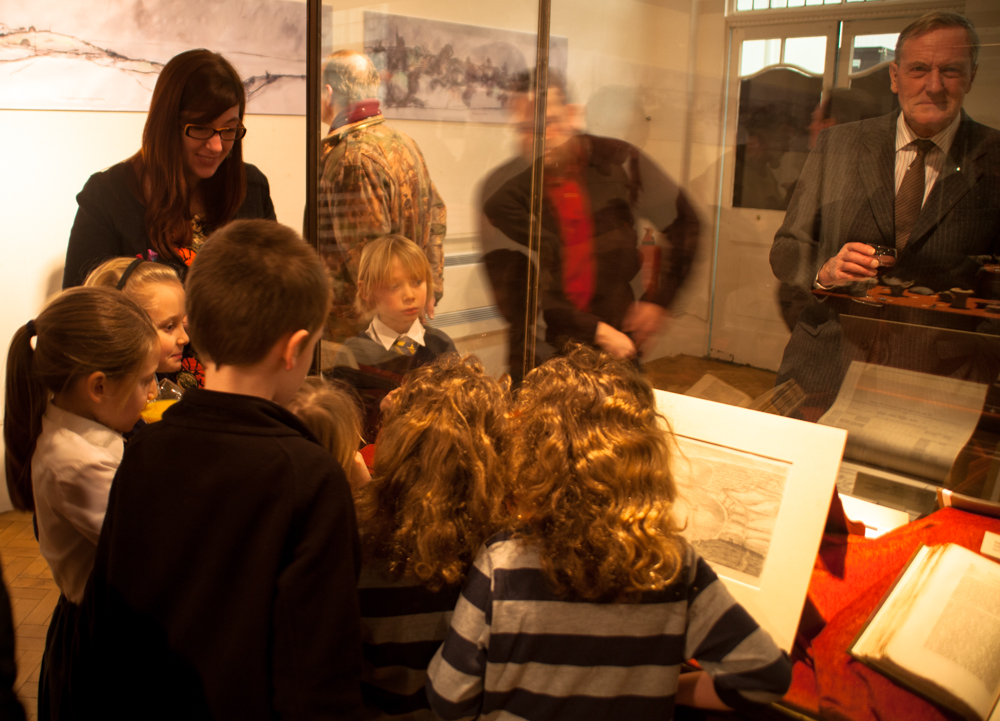 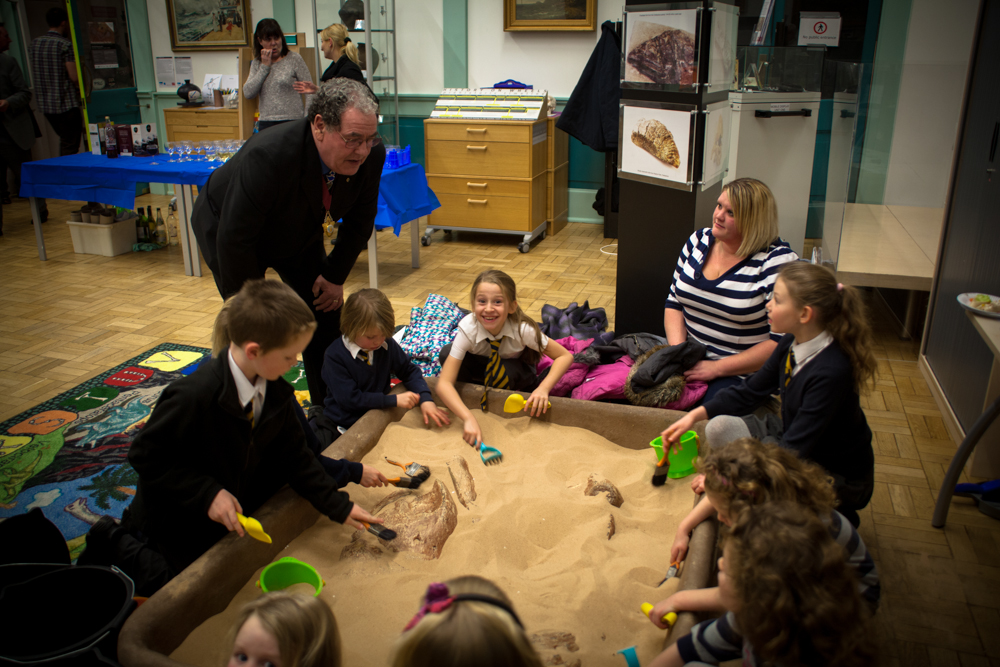 The children did really well, especially as it was late on a Friday evening. We had glowing comments from the other attendees so thank you to them for being so well behaved and eloquent! 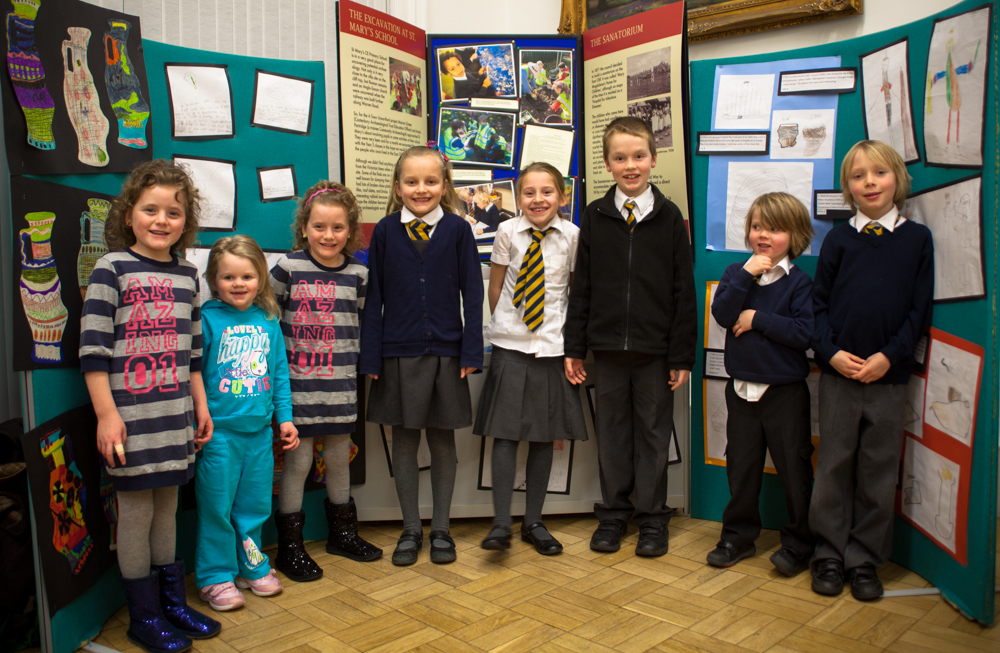