I was fortunate to have a quick tour of the church and the bell tower whilst in Lyminge. The church is dedicated to St Mary and St Ethelburga and was initially constructed in 633AD and made up part of an Abbey (the history of which is below). There are many later additions and alterations, such as flying buttresses added in 1277 and the tower was added in the 15th century, but all in all it is a very interesting and pleasant little church!

The church was constructed around 633AD when Ethelburga, widow of Edwin the King of Northumbria, returned to her family home, which was then controlled by her brother King Edbald. Edbald gifted Ethelburga a ruined Roman Villa at Lyminge and began the construction of the double minster where she was appointed Abbess. She is mostly remembered for famously converting her husband to Christianity and remained dedicated to the faith until her death in 647. 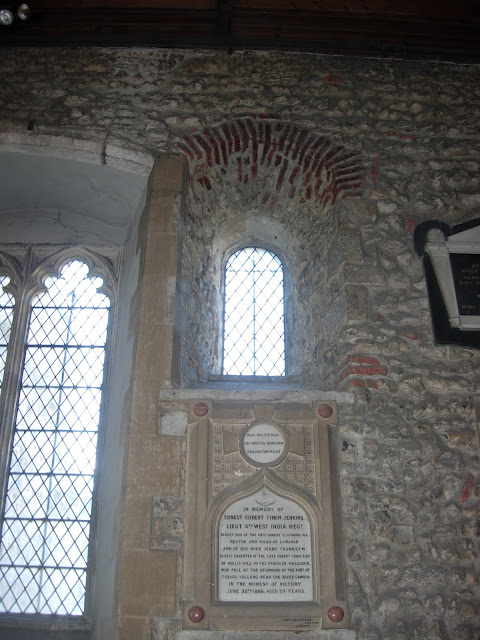 Here is a photo of one of the three arched windows in the Chancel. According to the guide these are 10th century windows and the red tile you see is Roman, most likely taken from the ruined Villa complex. The leaflet provided by the church also suggests that the Nave and Chancel may have been built upon existing Roman buildings and they kept the foundations and lower parts of the wall intact. 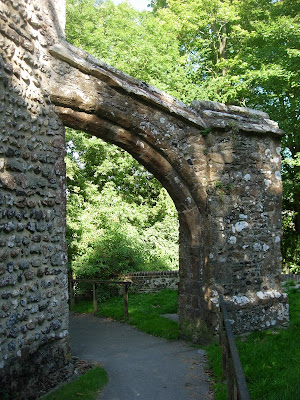 Here is the impressive flying buttress built in 1277. Flying buttresses are designed to help support buildings exposed to large forces, such as wind or the weight of stone vaulted ceilings, and are mostly seen on Cathedrals and other such large buildings. Without the buttress the weight of the walls and the forces acting on them push them outwards and they collapse, with them the walls can be made thinner allowing for windows and stained glass to be inserted. 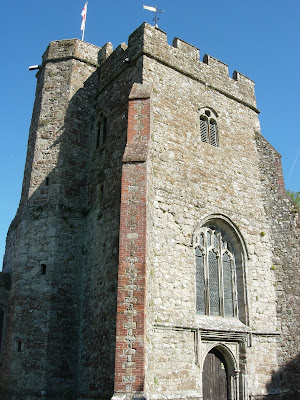 This is the tower at the West end. We went to the top and some of the braver souls went up further to the flag (not me I'm a bit nervous of heights). The tower is 15th century and has the narrowest spiral staircase I've ever seen in my life! We stopped half way up for a look at the bells and it chimed 4pm while we were up there. There are 8 bells and they are dated 1631, 1727, 1759, two from 1785, 1810 and two from 1904. I believe the older bell is now listed. 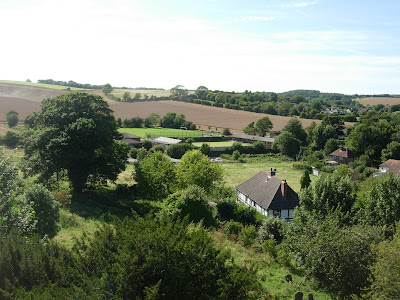 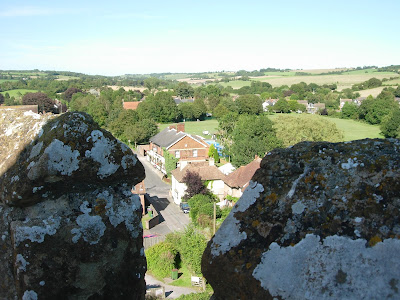 Some views from the bell tower. The red brick building on the bottom photo is the Coach and Horses pub and the excavation is just behind those trees to the back.

So there you have Lyminge church. It is well worth a visit of you are in the area (as is the Coach and Horses!).